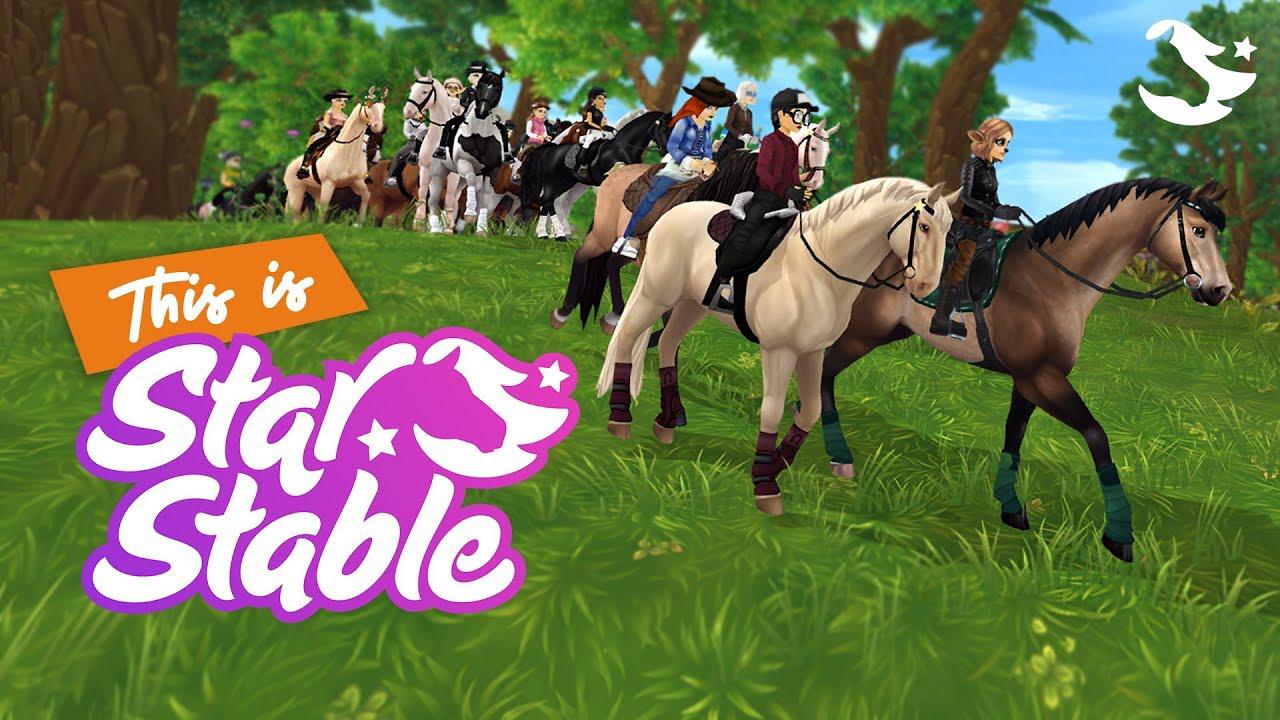 It so happened that many users dubbed Star Stable as a game that is more suitable for the female half of humanity and children. Of course, if you look at the project with the naked eye, then literally every element speaks about it, but you should not rush to conclusions, it is better to evaluate the game personally. She attracts primarily by the fact that it has far from the most ordinary gameplay and there is an opportunity to get yourself a pet.

Perhaps the visual design is the most striking feature of the game, which will delight you throughout the entire passage. Moreover, the project looks great even on the weakest computer. The only thing that can upset is the creation of the character, because you can only choose a female hero, but this moment is explained by the plot.

Due to the fact that the plot and gameplay are strongly associated with the horse, after creating a character, you have to go to the editor for creating a pet. You can choose a horse to your liking, because the catalog is large enough and of high quality for this kind of game. All animals are drawn well, so you can admire all the small details.

Another important point is that there is physics and realism in this game. For example, horses will behave as believable as possible, and physics is best reflected in the controls. While riding a horse, it will be possible to adjust the speed, move comfortably due to optimized controls and enjoy the absence of bugs.

The Star Stable game will also be able to please with a cool world. The advantage of the project lies in the fact that, despite the weak system requirements, it is able to present a detailed drawn world. And in this world, every detail has been given a tremendous amount of attention.

The main goal in this game is to complete linear tasks. Star Stable primarily tells an entertaining, moving, and instructive story. Therefore, here you will meet greedy people, and insidious intrigues, and unexpected plot twists. The villains in the game strive to destroy the stables with horses, so each player will have to interfere with the plans of greedy people in every possible way, creating more and more new types of enterprises.

As you progress through the campaign, you will discover more and more valuable secrets and secrets. At the same time, the tasks do not look for a "tick", but quite entertaining and exciting. In addition, the game is updated every week, so all players regularly receive brand new content.

Quests in the storyline campaign are sometimes quite difficult: you need to think and reflect often. Based on this, we can conclude that this game, with its logical complexities, is suitable not only for children, but also for older people.

For a more comfortable game, the developers decided to add a donation system, so for real money you can make the gameplay a little easier for yourself. And for extra money, you can discover items that will not be available to ordinary players. So you can use some of the features if it suddenly becomes too difficult to play at a certain stage.

Finally, I would like to note that the Star Stable game has a number of other advantages that can lure you for a long time. For example, the project itself is large-scale and in it you can do a variety of things that distract from all other thoughts. At the end of the day, Star Stable is an unforgettable adventure, with the storyline really being worked out with great care and diligence.

Review of the online game Words of Clans